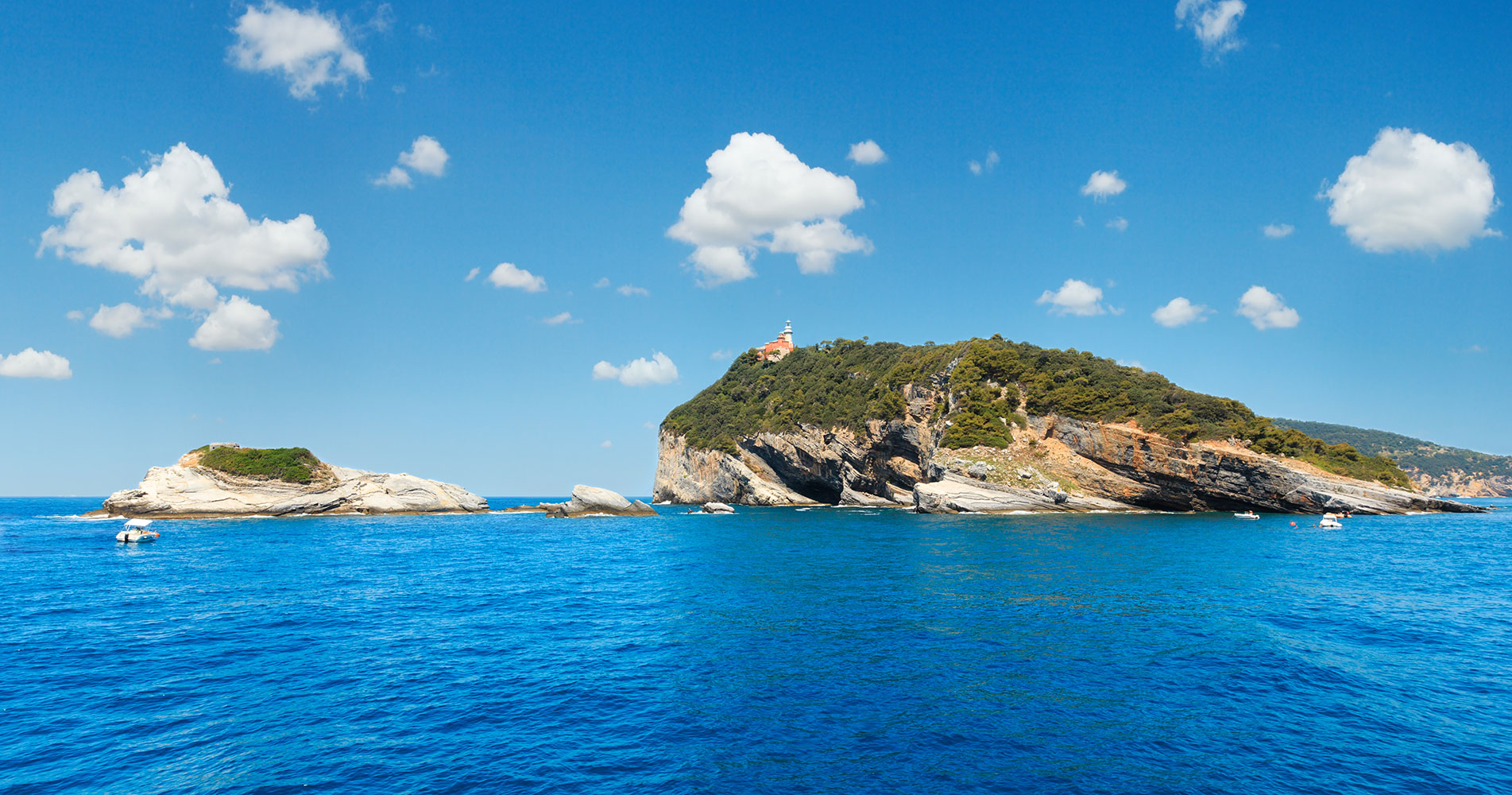 South of Isola Palmaria is the island of Tino, recognizable by its rocky and triangular shape, and its abundance of maritime pine, holm oak, myrtle, and lentisk. For several decades, the island has been under the jurisdiction of the Navy, so it is a restricted area not freely open to the public. These restrictions have, however, reduced man's interference on the island to a minimum, allowing for the natural development of lush vegetation, which frames beautiful landscapes. The slopes are characterized to the west by an unclimbable cliff, standing 122 meters high and topped by a military lighthouse, which has long been a guide for sailors. The lighthouse is a neoclassical fortified building which has undergone several changes over time, so much so that it represents an example of transition between the military constructions of the French school and the more recent fortifications of the nineteenth century. On the eastern side there is also a small port, the only possible landing place for visitors. Near the port is an archaeological area with Roman era ruins as well as and ruins of a medieval monastery, evidence of ancient monastic settlements. Although it is military zone, the island is open to visitors on September 13, the feast of patron saint San Venerio. You can also tour the island through excursions organized by the park.

Separated from Tino by just a few rocks is the island of Tinetto, considered the smallest sister of Porto Venere's island group. A little more than half a hectare in size, the island reaches a maximum height of 17 meters and is about one hundred meters from the middle island. In its shape and features, Tinetto is quite similar to Tino and, despite its modest size, it is an important element of the area's biogeography and history. Tinetto's first monastic settlement dates back to the sixth century, which then expanded onto the island of Tino after the destruction of the monastery by the Saracens, and later onto Isola Palmaria. Half-covered by vegetation, on the southern tip of the rock, is a small oratory consisting of a single room and, on the flat part, the church with two naves connected a second oratory and the monks' quarters. 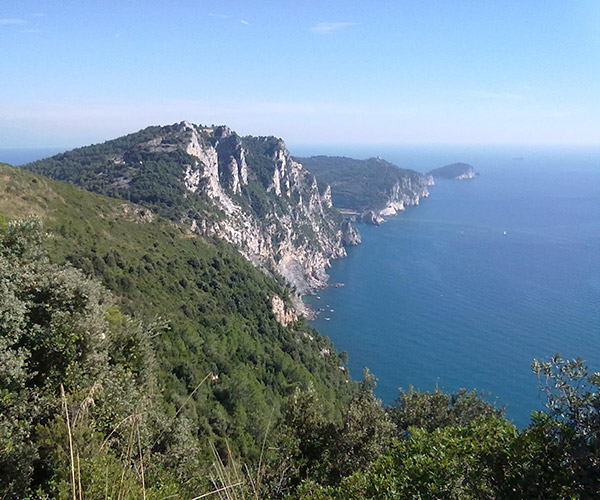 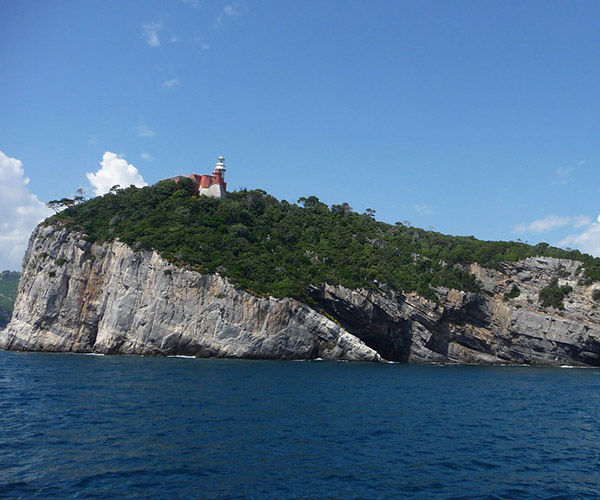 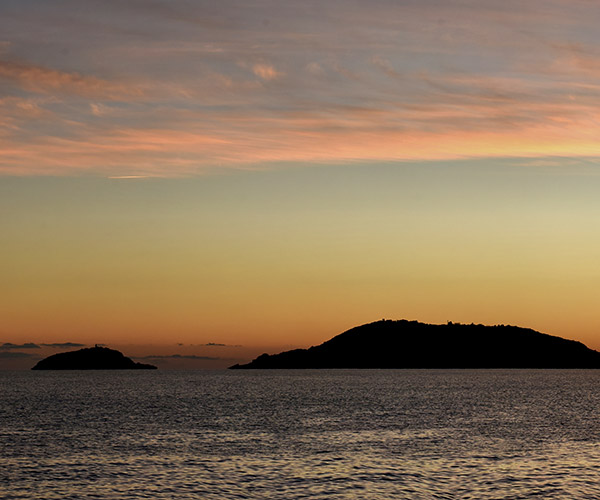