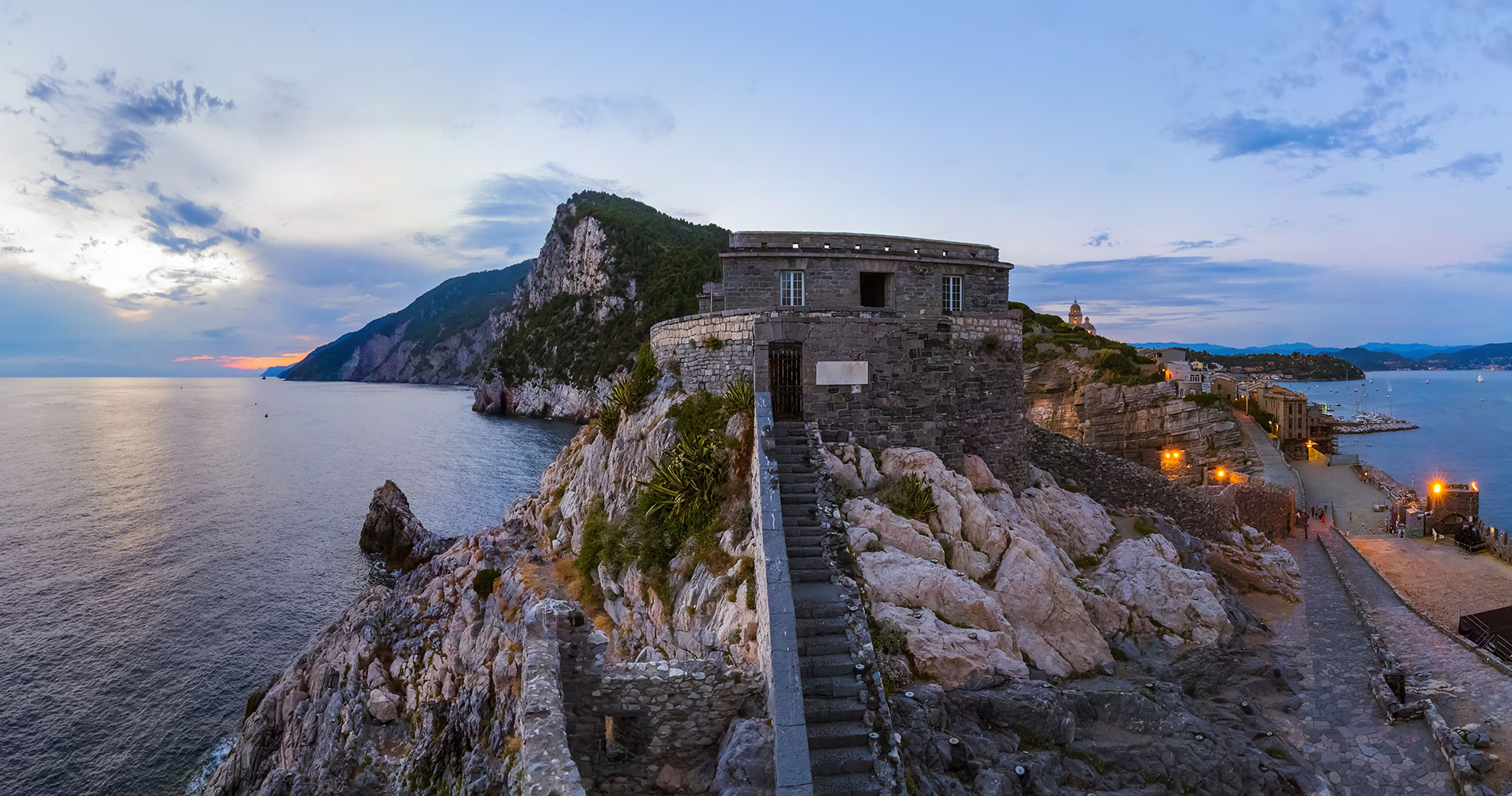 Forte Cavour and Fortezza Umberto I

On the top of the Palmaria island lies the imposing Fort Cavour, now in disuse. Conceived of in the Napoleonic period of the Ligurian Republic, in 1808, the project took shape in 1859 under the kingdom of Piedmont and Sardinia. The Fort is a bomb-proof barracks, which extends over a single floor, capable of hosting 330 soldiers. The building is surrounded by a moat that is crossed at the entrance via a drawbridge.
The Fort had an armament consisting of 6 240mm howitzers in the central gun battery and 21 howitzers distributed between the west and east knights, plus 8 guns. It was among the first fortifications erected following the transfer of the Savoy fleet from Genoa to La Spezia.

Restored and open to the public

It was built from 1887 to 1889 as a low gun battery, 30 meters above sea level and rests on a partially excavated offshoot where it was well camouflaged. Its military story has an interesting curiosity. The fort housed an armored revolving tower to defend the Gulf, powered by hydraulic systems and armed with two formidable cannons built by Krupp, 14 meters long and weighing 121 tons each.
The cannonball weighed 920 kg and, propelled by a launch charge of 330 kg of powder, was capable of piercing a 61 cm iron armor 3.5 kilometers away. Around 1930 the Schenello anti-aircraft gun battery, equipped with 6 guns, was added to the fortress. Wonderfully restored, the Fortress can be visited.
In addition to opening a page of military history, it tells the story of man's activities on the sea, from deep-sea divers to oyster and mussel farmers ("muscles" in the local jargon). Curiously, just at the time when it arose, around 1887, a special Oyster Farmer Consortium was established. The naturalist Davide Carazzi and the mussel farmer Emanuele Albano, from Taranto, where that sector was well established, were pioneers in mussel farming in the Gulf of La Spezia. Mussel farming still thrives in Porto Venere in the heart of the Cavo, and in Palmaria in the sheltered basin of the Terrizzo.