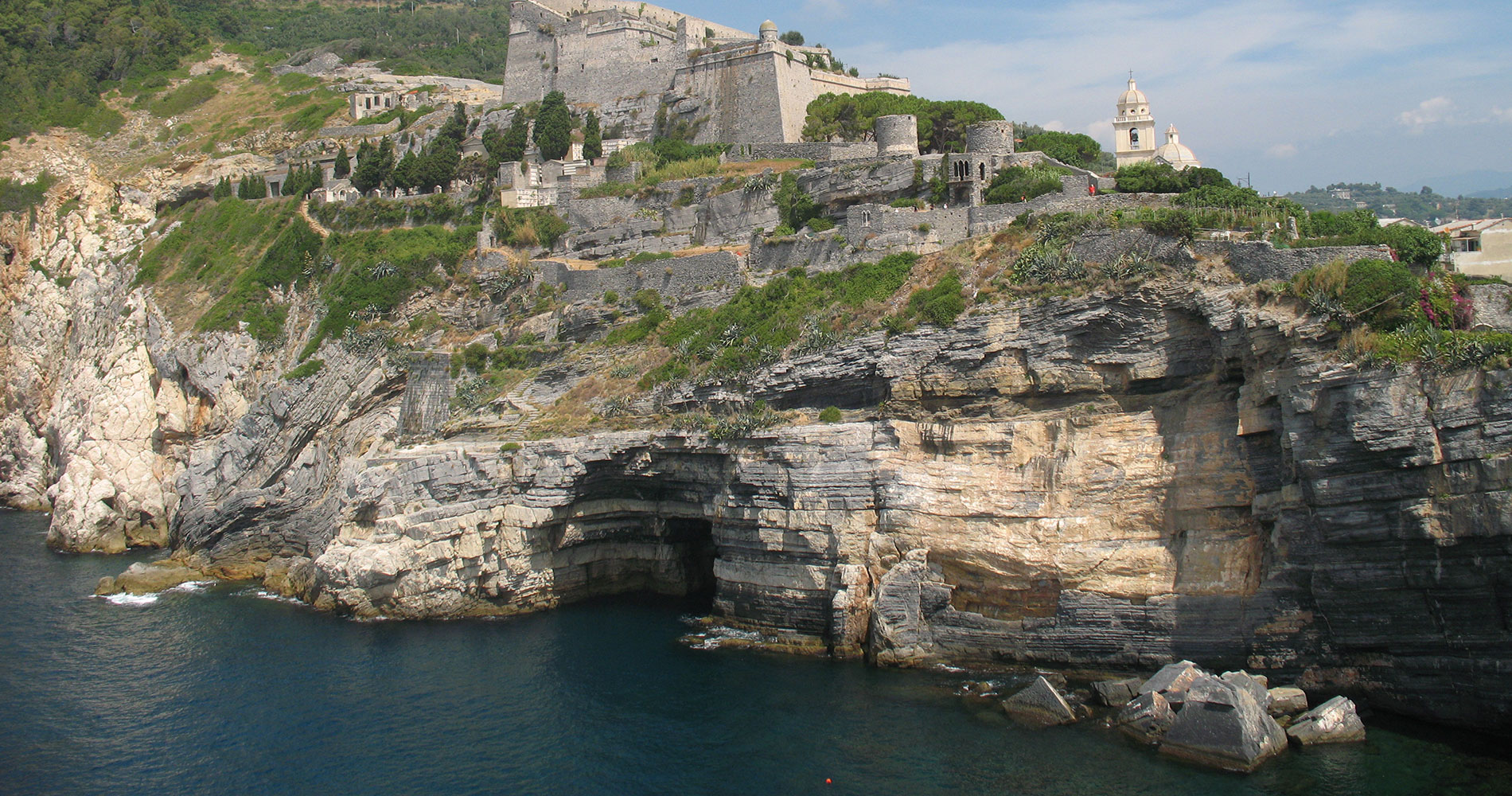 Charming experiences
between sea and nature

Among the most famous natural sites are two sea caves: Grotta Azzurra, or the Blue Grotto, which opens into a cliff on Isola Palmaria and can be visited by row boat, and Grotta Byron, the Byron Grotto, the beginning of which you can also reach on foot through the opening of the wall that, from Piazza Spallanzani, leads up to the Castelletto, in front of the church of San Pietro, or Saint Peter.
The grotto is situated in the cove between Punta San Pietro and the mountainous spur where the Doria Castle rises.
Known as Cala dell'Arpaia by the inhabitants of Porto Venere, it then took the name of the English poet George Byron, who drew inspiration for his works in the area and because it seems he landed there after swimming across the Gulf of La Spezia, from Lerici to Porto Venere. 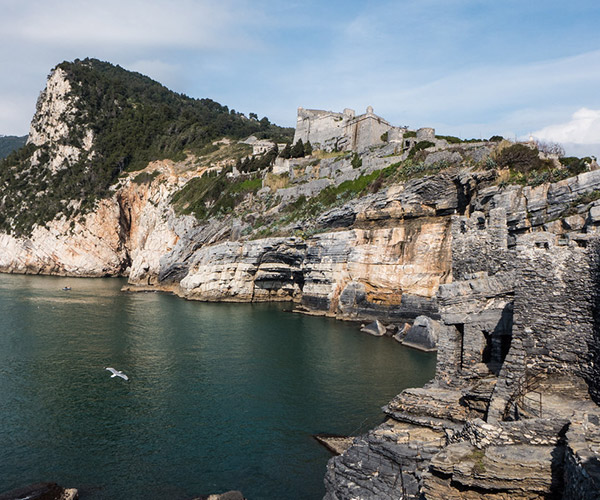 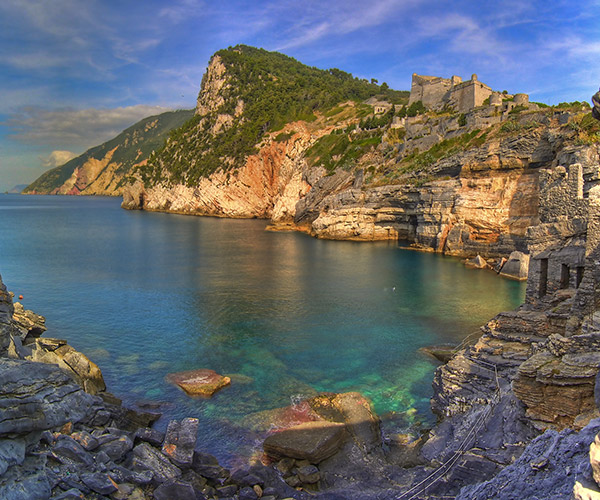 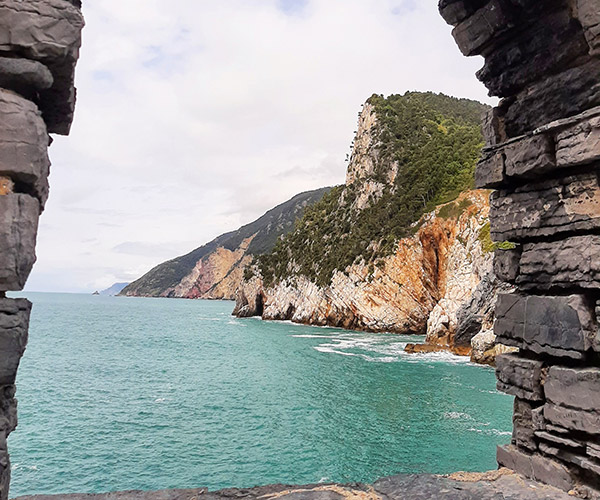