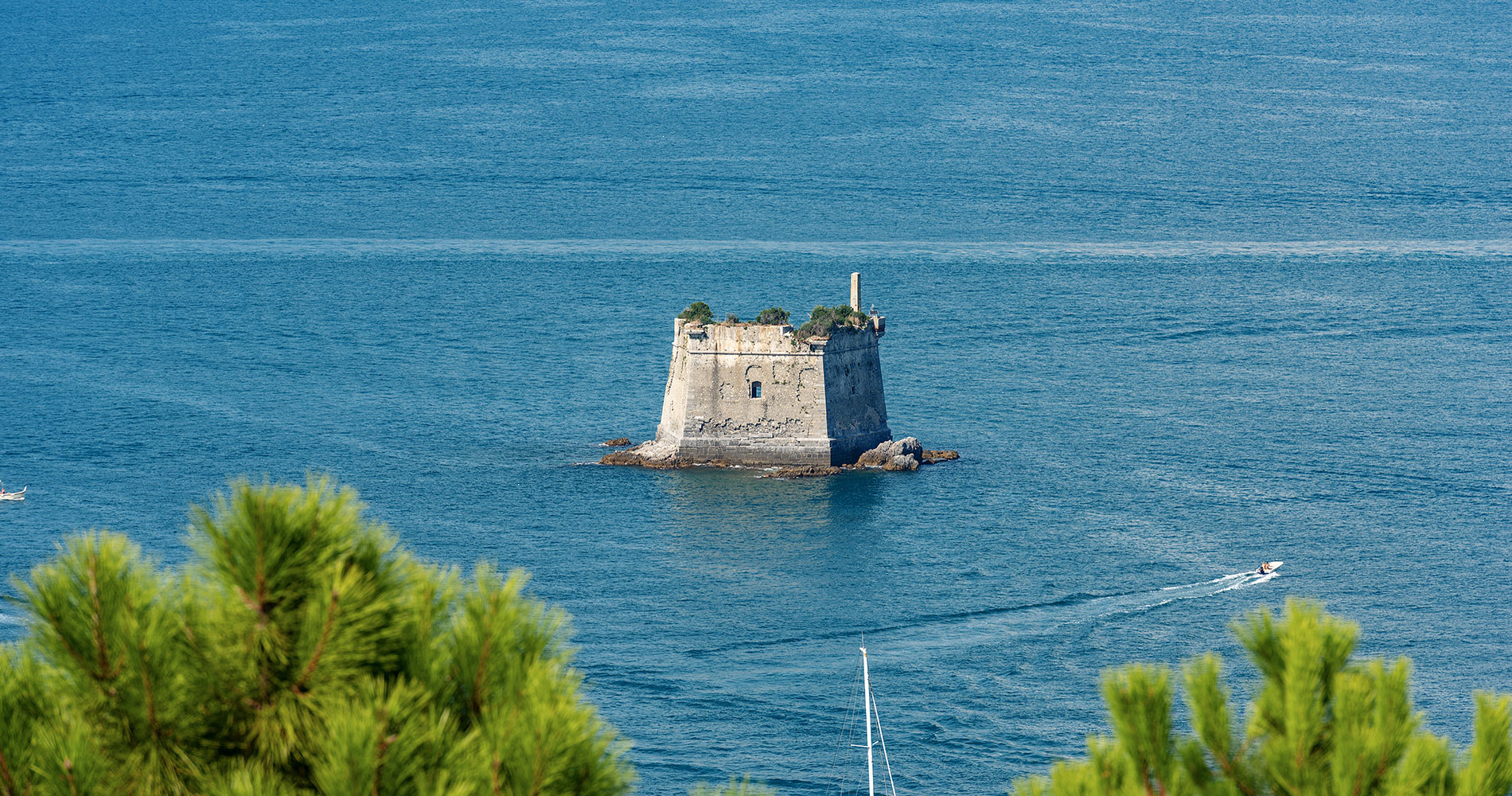 Torre Scola is a tower once part of the defense system put in place by the Republic of Genova to protect the coast from the Saracens towards the end of the 1500s.
Erected in 1600, the pentagonal tower’s walls are four meters thick and once housed a dozen soldiers and eight cannons, looking out over Palmaria to the south east, Porto Venere’s Olivo Bay and the eastern short of the gulf up to Lerici. The tower was in use until 1800, when it was gutted by English cannons during clashes with Napoleon’s troops and abandoned. It was restored in the late 1970s.