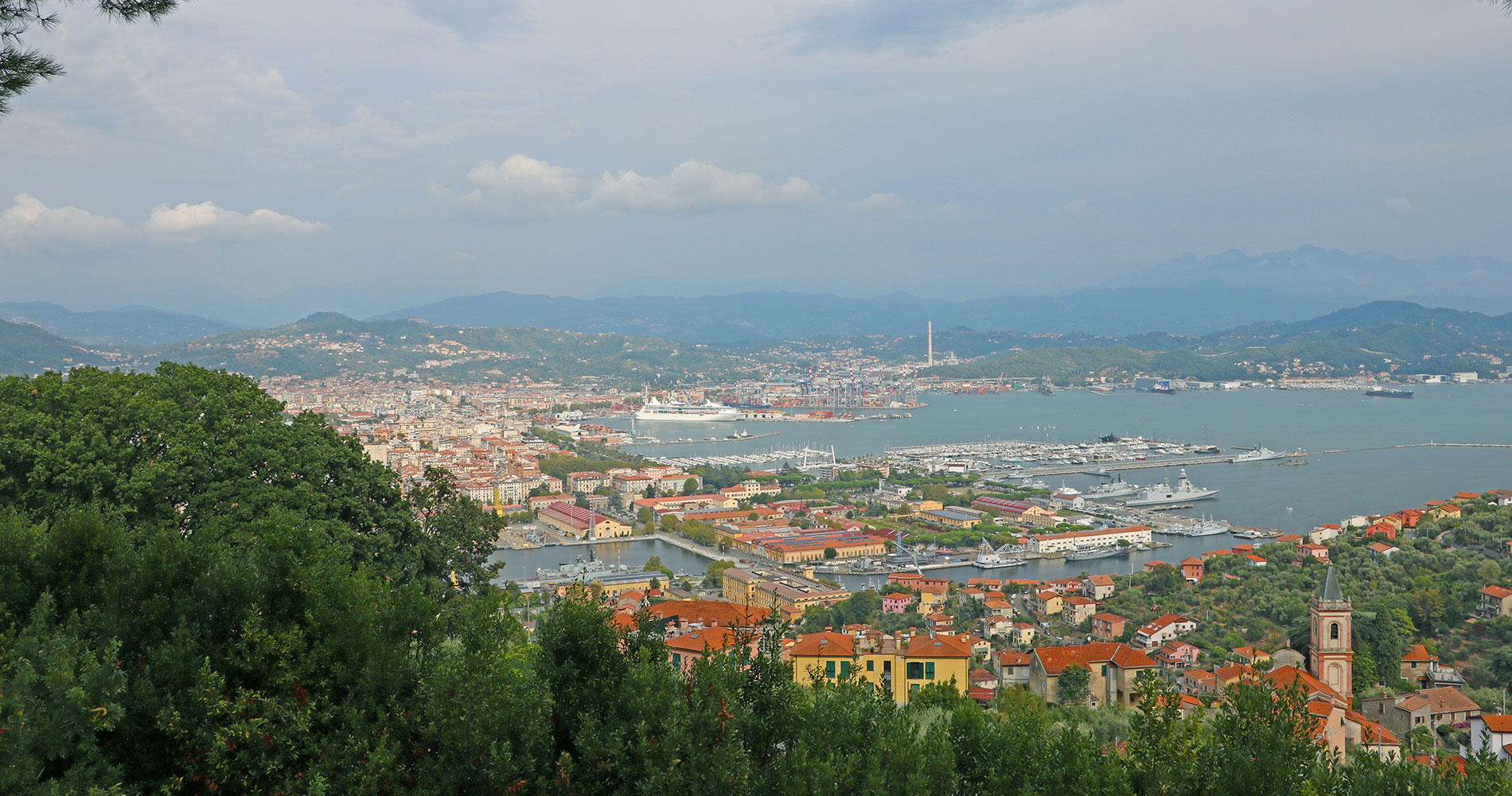 A third option: getting to know the cities of La Spezia, Lerici and Sarzana. For these destinations, visitors can rely on public transportation: local buses as well as sea transportation.
La Spezia is a great location for hiking, considering that Porto Venere is the western end point of the Alta Via del Golfo, which takes us through the hills of La Spezia before reaching its destination, Bocca di Magra. This gives us the chance to go down to the city by way of CAI-marked paths and historic municipal stairways.
A few paths. Once we’ve made it to Campiglia on the AVG, we can go down to Acquasanta in front of the Maritime Military Arsenal. From the Scogliarini pass, we can go down to Fabiano, through the village of Coregna, with path 526. From the Gesuèla pass, we can go down to Fabiano with path 525. From Biassa to Pegazzano along path 504. From Madonna della Guardia al Vignale we can go down to Pegazzano along path 523. From Via Parodi to Rebocco, Via Sant'Anna, with path 521. From Via Aurelia to Passo della Foce we can go down to Chiappa following the municipal stairway that repeatedly crosses the state road. From Pieve di Marinasco to Chiappa following path 522 and, lastly, from the little church of Santa Lucia to Chiappa along path 223 called the Salto del Gatto, or the Cat’s Leap.
In La Spezia, particular points of interest are the Naval Museum, the Lia Museum, the Folk Musuem, the Museum of the Seal, the Archaeological Musuem of Castello di San Giorgio, and the castle itself.